The letter confirming the MRI scan (Magnetic resonance imaging) appointment to take a proper look at the patella femoral joint issues (aka runner’s knee) in my left knee didn’t mention that it was going to be in a lorry trailer parked in the hospital car park.

Due to the MRI equipment being massive there wasn’t much trailer left for people to fit in. So there was a tiny claustrophobic room with a small hole to fit bodies in and a small area by a door with an ancient computer screen and one chair being shared between two technicians. 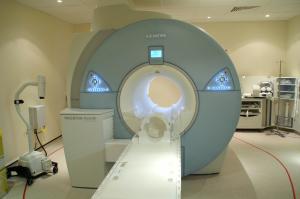 I am not a massive fan of small spaces but as this was a knee scan I didn’t expect to have any issues… then they stuck me into the machine up to the top of my shoulders.  That made me very nervous, but still happier than I would have been if the CD player had been working as the hospital’s collection of CDs consisted of compilations from 1996 and Will Smith’s ‘Big Willie Style’.

So the CD playing being out of action was fantastic, it meant that I got to listen to the random machine noises without anyone thinking that I was weird.

What was undeniably weird was the vibrations made my feet twitch, which was somewhat random. Now I just need to wait a couple of weeks for my doctor to get the results and hopefully they will share them…

Copyright © WhereEvilThoughts 2014 – excluding pictures! Unauthorized use and/or duplication of this material without express and written permission from this blog’s author and/or owner is strictly prohibited. Links may be used, provided that full and clear credit is given to WhereEvilThoughts with appropriate and specific direction to the original content.

As far as I can tell I still have patella femoral joint issues (aka runner’s knee) – specifically with my left knee. I haven’t seen the physiotherapist for a month now, my left knee still feels tight and stiff, often sore. The muscles on the outer quad sometimes shake uncontrollably on both legs – most recently on Monday in the middle of yoga class.

I know that muscle shakes can be caused by dehydration or insufficient good fuel – I think that Monday’s shakes could have been aided by a little too much sugar that morning. 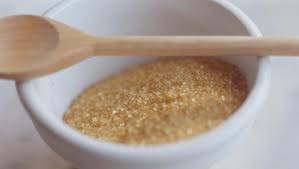 (Photo from the BBC)

It could have been muscle fatigue as I have been a little bit lax  with my physio-suggested leg exercises for the last couple of weeks. The shakes were during moves that I’ve done a lot before – variations on Warrior 1 and 2, so my body should know that it can pull these moves off. Although if my stupid muscles haven’t been exercises and stretched properly then that would probably not help – plus the sugar thing…

Alternatively, my yoga teacher has suggested that  the shaking in when my legs feel vulnerable, I respectfully counter that her tugging my leg into “better alignment” might not have helped with the cause or effect.

It has occurred to me that perhaps I should try to push the leg more – to see if I can run yet, even if just for a minute. But I an nervous about trying this without a physio saying to do so, something that I am not prepared to spend £50 on an appointment to see if I get.

The NHS have me on hold, my six NHS physio sessions were woefully inadequate, I am booked in for an MRI scan in a month’s time. Google tells me that the MRI scan should give a decent view of bones, cartilage, tendons, ligaments and other random stuff – so in theory that should confirm (or deny) if  there is anything wrong that physiotherapy alone can’t fix.

To sum up – my knee is still not right. Both legs sometimes randomly have weird shaking muscles and I have to wait to see if the MRI scan shows any underlying cause. Joy.

Copyright © WhereEvilThoughts 2014 – excluding pictures! Unauthorized use and/or duplication of this material without express and written permission from this blog’s author and/or owner is strictly prohibited. Links may be used, provided that full and clear credit is given to WhereEvilThoughts with appropriate and specific direction to the original content.

Unauthorized use and/or duplication of this material without express and written permission from this blog’s author and/or owner is strictly prohibited. Links may be used, provided that full and clear credit is given to WhereEvilThoughts with appropriate and specific direction to the original content.

I try my very best to respect other people's copyright too! For anything that isn't MINE that I use I do try to credit the correct person - please do let me know if anything is cited incorrectly and I will update ASAP!